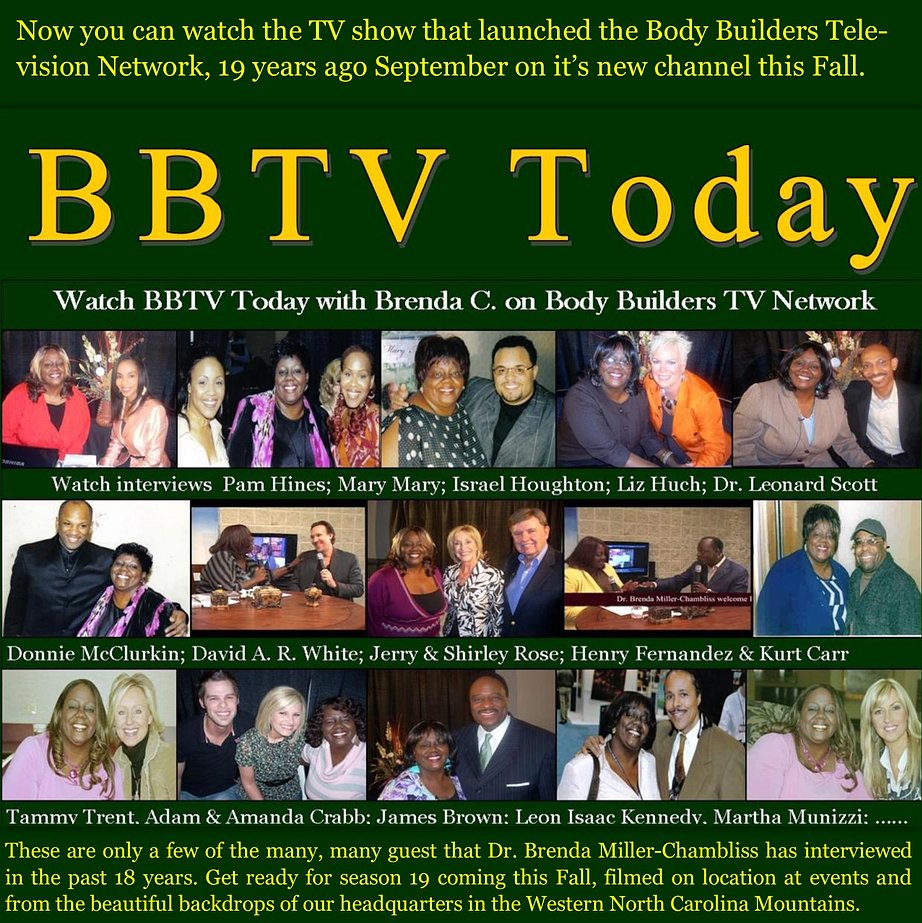 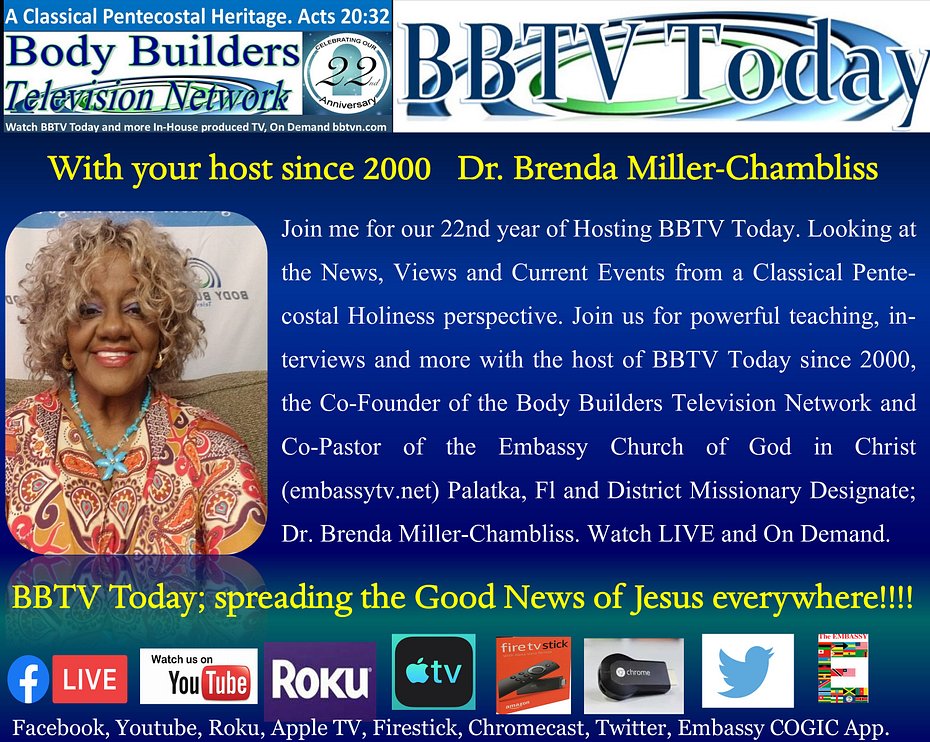 A funny thing happened on the way to the future; when I got there, it was gone; to The Future!!!!

In the early 80's while publishing my first publication, BrightSide Magazine, I could sense that media was changing. It was that time that Public Access TV was getting more visible, and I started Body Builders TV Magazine. Taking BrightSide TV Magazine  to the next level, I started purchasing time on Leased Access Cable. In 1988, I began promoting a venture that was unheard of and yes laughed at.

Because of a great relationship with the late Bob Johnson of Sky Angel, I began to share the vision of Body Builders Television Network. A 24/7 television network that would air on Leased Access cable across the East Coast and prepare for it going to a new and emerging platform, the World Wide Web.

At one power lunch, I reconnected with Dr Will Chambliss who shared the vision of Body Builders TV.  Together, we worked on producing and promoting Body Builders Television Network across the country. In September 2000, the vision went to the next level. We launched BBTV Today a 30-minute promotional broadcast on: INSP, the Inspirational Network, Sky Angel MBC Network (owned by Willie Gary, Evander Holyfield, Marlon Jackson (The Jackson Five) and broadcast TV Veteran Alvin James.

Once again, a funny thing happened on the way to the future; media has changed once again. The World Wide Web was now known as simply, the Internet.  Bandwidth which was not heard of before made it impossible to have 50 channels. Viewers and their habits changed. Youtube was expanding and unlike the way we used to market 'My Space' another new platform was born. Social Media gave birth to, Facebook, What's App, Linked In, Snapchat,  Vimeo, Twitter, Instagram and many more. In the twenty years it took to develop the Body Builders Television Network, the future that Dr Will and I worked for had changed.

So, where are we now? In our 22nd year, Body Builders Television Network is expanding with all new Classical Pentecostal Holiness programming Live streaming 8 hours a day and On Demand Video 24/7.  We are also excited that we will be launching our new app. Now, available to be reached around the world from our website, YouTube, Social media and Roku. Our format will be proclaiming and Promoting our Classical Pentecostal Holiness Heritage. This fall we will also launch the 22nd season of BBTV Today on video and Podcast.

My guest and I will talk about the past, present and future of the Classical Pentecostal Holiness Movement. Where have we come from, where are we now and where are we going? As the silent generation passes on and the older Baby Boomers began their transition, what will ministries like the Church of God in Christ, the oldest Classical Pentecostal Holiness Movement that was birthed during the Azusa Street Revival look like?  Make sure to subscribe so you won't miss any episodes.